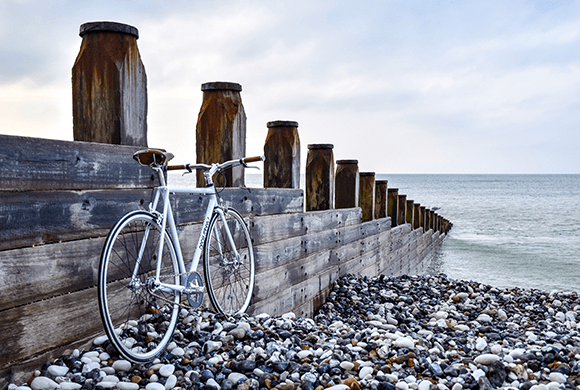 Tim and Ellen came to us for investment advice. They had received some inheritance money a year or so earlier and had up until now been keeping the money in cash. They wanted to invest the money to get a good return and then use the portfolio to help supplement their retirement income.

They are both directors of their own limited company providing consultancy services. They were hoping to retire in five years’ time if possible. They knew they would need to take some risk with the money, but as this cash was a large proportion of their liquid assets, were quite nervous about doing so.

It became clear during our conversations that neither Tim nor Ellen were very sure about their financial position, particularly in terms of their retirement. They were hoping to retire in five years but weren’t sure if that would be possible.

We took a step back from their initial investment-focused enquiry and arranged a planning meeting with them. We used a cashflow modelling scenario to project their current position into the future, using a set of prudent and cautious assumptions. It became clear that once their State Pensions and Tim’s MOD pension kicked in, they could maintain their current standard of living, including accounting for inflation, without even needing Tim’s personal pension or the proposed investment portfolio. However, it would be another 12 years until all of these pensions were in payment, so if they were to retire in five years’ time, there would be a gap to fill.

We formulated a plan to use Tim’s pension pot during this gap period. It would strip down the pension fairly quickly, but as Tim wouldn’t have any taxable income during this gap, he could take the majority of it without paying any income tax at all. Once the other pensions kicked in and covered all of their normal expenditure, they would still have their investment portfolio for enjoying retirement and travelling the world as they intended to.

Next, we reviewed Tim’s pension. The risk profile wasn’t appropriate for him, the portfolio wasn’t being monitored or adjusted and he wouldn’t be able to take the pension benefits in the way we were planning to. We recommended a switch to a new provider; this resolved all of these issues and even reduced the costs.

Once we had a plan in place and knew when the investment portfolio money would likely be accessed, we were able to provide the investment advice as initially expected. We spent a good amount of time explaining how investments work, the link between risk and reward and how each portfolio on the risk scale might behave in good times and bad. Tim and Ellen understood all of this, but were still a little nervous. We therefore agreed to invest half of the money now and gradually add the remaining money over the next year or two. This didn’t have too much effect on their overall plan and made them both much more comfortable.

Our research determined that Tim and Ellen could retire now if they wanted to. It would mean making some adjustments to their spending, but they would still enjoy a comfortable retirement. Their plan is still to work for another five years, but they are now in control and don’t need to worry about work.

Tim and Ellen are now fully aware of their financial position; they have taken control of their retirement plan and have suitable financial products in place to enable to it.

We meet with them each year for an annual planning meeting to make sure they remain on track.